Usually, the term refers to religious songs and tunes that are sung by groups. It is a form of voice instrumental music, without any lyrics or words, although sounds like “bim-bim-bam” or “Ai-ai-ai!” are often used.

Nigunim are largely improvisations, though they could be based on thematic passage and are stylized in form. Nigunim are also sung as a Jewish prayer in the form of a lament. Other nigunim may be joyous or victorious.

“Niggunim are especially central to Jewish worship in Hasidic Judaism, which evolved its own structured, soulful forms to reflect mystical dveikut and joy. Hasidic niggunim capture the Hasidic popularisation and internalisation of Jewish mysticism, centred around the mystical charisma of the Rebbe and their teachings”

When given forth by one inspired person the Hasidic song is an emotional outpouring, joyful and sad as it may be, of one soul to God

Nigunim include both ancient chants that have survived over millenia, together with more modern or even very recent compositions.  Those unrelated often have words and have been composed by a religious leader.  The nigunim most likely to relate to the original music of the spiritual world are the individual songs used in meditation, called devekus or devekut (connecting with God) nigunim. These are also recognisable because they are  much slower than the other forms of  nigunim, and are sung without lyrics. The Ba’al Shem Tov, founder of Hasidism, spoke of devekus nigunim as “songs that transcend syllables and sound.” Several tunes attributed to him are still used today.

But Hasidic Jews also believe that ordinary songs may have celestial origins and aim to ‘raise’ them them to a spiritual dimension.  For example, Chabad Hasidim have adopted the French tunes of La Marseillaise and Napoleon’s March, as well as some Russian and German drinking songs! Many Hasidim believe that adapting these songs to liturgical forms, they are “raising Holy Sparks” according to the teachings of Rabbi Isaac Luria’s system of kabbalah.

The term dveikut in transcendent Kabbalah is specifically related to spiritual experience. It encompasses far more techniques than just the nigun and includes various meditation techniques.  The objective is to make spiritual experience accessible to the whole community, as Hasidism “emphasises the superior qualities of both the simple folk and the scholars”. So it treats everyone as equals in this respect.

Hasidic philosophy seeks to unify all aspects of spiritual and material life, to help people find their ‘inner Divinity’. As such the teaching of the techniques, [as we have seen in a number of examples derived from mystical religions], was and is accompanied by additional help in preparing for the experience and helping people to understand the experience.  Dveikut is not achieved through ascetic practices, but ‘by sublimating materialism into Divine worship’. 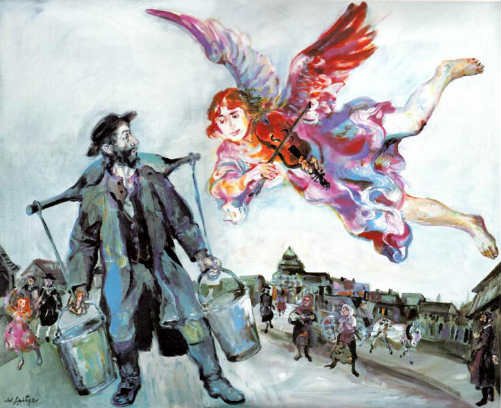 So let us look at the nigun whose aim is to gain a spiritual experience – the humming of the devekut (connecting with God) nigunim.

This can be communal or it can be done alone, but in general it appears that today it is mostly a communal activity.   Nigunim are usually sung at Hasidic gatherings (Tish/Farbrengens) when large numbers of followers come together to sing and to discuss spiritual concepts. The belief is that when you sing a nigun, the soul of the rabbi who created it appears in the room.

Amongst the variety of Hasidic dynasties, different styles of nigunim are prominent, reflecting the alternative spiritual paths of each group. These include the emotional creativity of Breslov, the encouraging marches of Ger, the charismatic faith of Kaliv, and the intellectual content of Chabad. 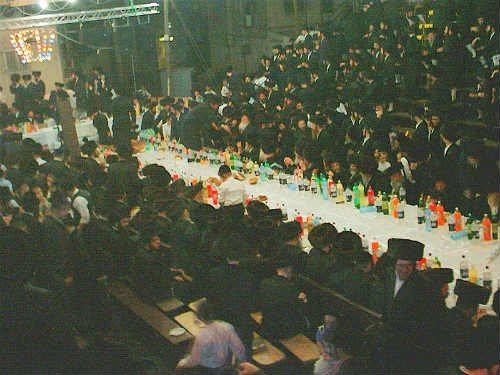 There is one overriding problem with this technique and that is the fact that the spiritual purpose is being lost.  It is being commercialised.  If Youtube is anything to go by, the Jewish community are losing their most treasured possessions in the mire of commercialism.