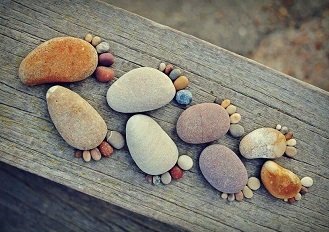 Mindfulness is the art of being 'in the moment', not dwelling on the past or looking forward to the future, but concentrating one's whole mind on the present moment - and savouring it, enjoying it, taking time to make the most of it.

It is a form of contemplation and detachment, as by concentrating only on the task in hand, one relies little on memory, so one is in effect suppressing memory, one has reduced one's desires almost completely, forgotten temporarily about any future obligations, and by putting much effort into life's simple tasks - washing up, weeding the flower garden, bicycling to work, one is in essence also squashing the big I am.

There is the added advantage that threats too, will tend to melt away, as well as opportunities, because they can be largely ignored.  We thus have an almost perfect method for obtaining all the more positive experiences - wisdom, inspiration, and healing.  And you will find that we have a number of healing observations.

Wikipedia
Large population-based research studies have indicated that the practice of mindfulness is strongly correlated with well-being and perceived health. Studies have also shown that rumination and worry contribute to mental illnesses such as depression and anxiety, and that mindfulness-based interventions are effective in the reduction of both rumination and worry.
Clinical psychology and psychiatry since the 1970s have developed a number of therapeutic applications based on mindfulness for helping people who are experiencing a variety of psychological conditions.

And Mindfulness has been used to help those with ADHD, pain relief, migraines, headaches, depression, stress, anxiety, drug addiction and those with dementia. 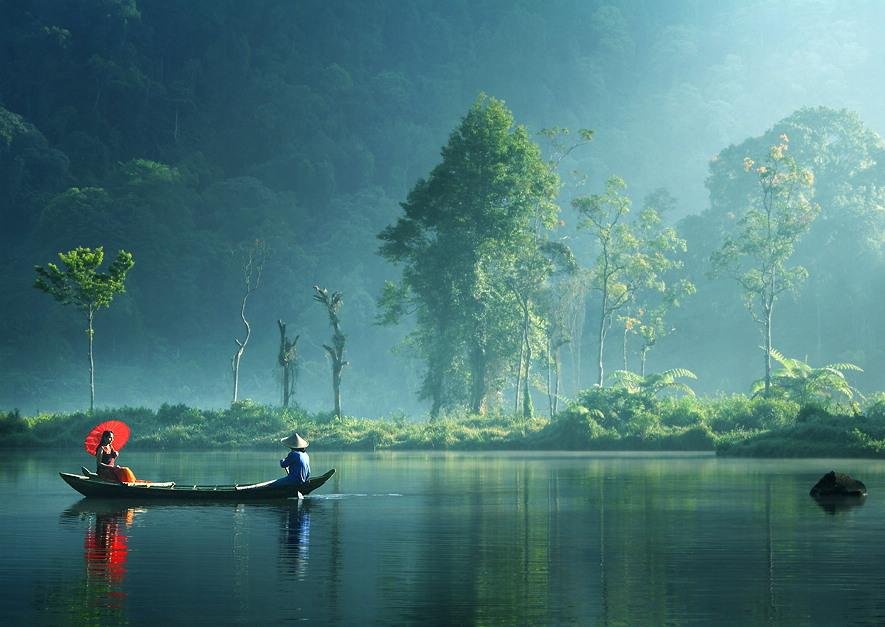 Although Thich Nhat Hanh has done a wonderful job in explaining and giving relevance to mindfulness in a western context, mindfulness is not a new concept.  It is described in the Buddhist Sutras.  The Sutra which speaks about the use of the breath to help in achieving mindfulness is the Anapanasati Sutra.  Anapana means breath and sati means mind or mindfulness.  According to Thich Nhat Hanh it is “the 118th sutra in the Majhima Nikaya collection of sutras.”

Thich Nhat Hanh, for example, used a translation made by a Zen master called Khuong Tang Hoi who lived around the 3rd century AD.  Tang Hoi translated it as ‘Guarding the Mind’. 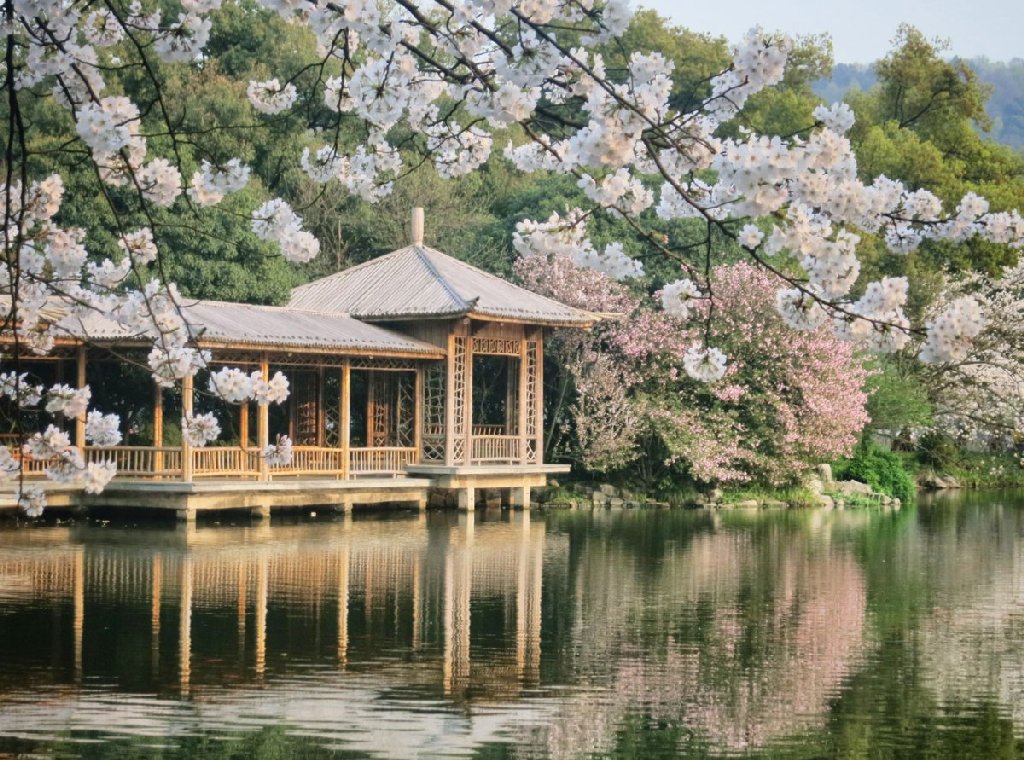 Mindfulness is a combination of a specific meditation technique with breath control.  The breath control serves to invoke the parasympathetic nervous system – in other words it halts the ‘flight and fight’ system and replaces it with the calm state needed to relax and be ‘in the moment’.  The breath method is the belly breathing/diaphragm breathing method, used in a number of other stress busting methods, so we won’t repeat the description here.

The mindfulness technique itself is a form of concentration.  One concentrates on the task in hand to the exclusion of all other thoughts.

This, incidentally, is why it is being looked at with particular interest for those with genuine ADHD – a real inability to settle down, it is a means of achieving concentration and attention to the task in hand.  And one does this by savouring the task.  Not thinking of it as onerous or unnecessary.  Every moment on earth is a gift, thus every moment needs to be savoured and there is no such thing as a moment that is not precious.

When mindfulness is initially taught, it is explained and practised either in a class setting or by using the Internet or self help CDs – but the objective is to apply the concentration and contemplation that results, to everyday life.  Thus mindfulness is a way of living, not something you do on Saturdays, or one evening after work or school.  It is a permanent path to contentment.

Sitting in mindfulness, both our bodies and minds can be at peace and totally relaxed. But this state of peace and relaxation differs fundamentally from the lazy, semi-conscious state of mind that one gets while resting and dozing.  Sitting in such lazy semi-consciousness, far from being mindfulness, is like sitting in a dark cave.  In mindfulness one is not only restful and happy, but alert and awake. Meditation is not evasion; it is a serene encounter with reality……………..

In my small class in meditation for non-Vietnamese, there are many young people. I've told them that if each one can meditate an hour each day that's good, but it's nowhere near enough. You've got to practice meditation when you walk, stand, lie down, sit, and work, while washing your hands, washing the dishes, sweeping the floor, drinking tea, talking to friends, or whatever you are doing:

And so on. Chopping wood is meditation. Carrying water is meditation. Be mindful 24 hours a day, not just during the one hour you may allot for formal meditation or reading scripture and reciting prayers. Each act must be carried out in mindfulness. Each act is a rite, a ceremony.

Raising your cup of tea to your mouth is a rite.

Does the word "rite" seem too solemn? I use that word in order to jolt you into the realization of the life-and-death matter of awareness.


One of the nicest exercises in our opinion that can be used whilst learning is ‘the pebble’.  It involves visualisation, but not very difficult visualisation and it is very restful, especially if you imagine the pebble as of many wonderful colours and also imagine very clear water with the sunlight dancing through on the sand. 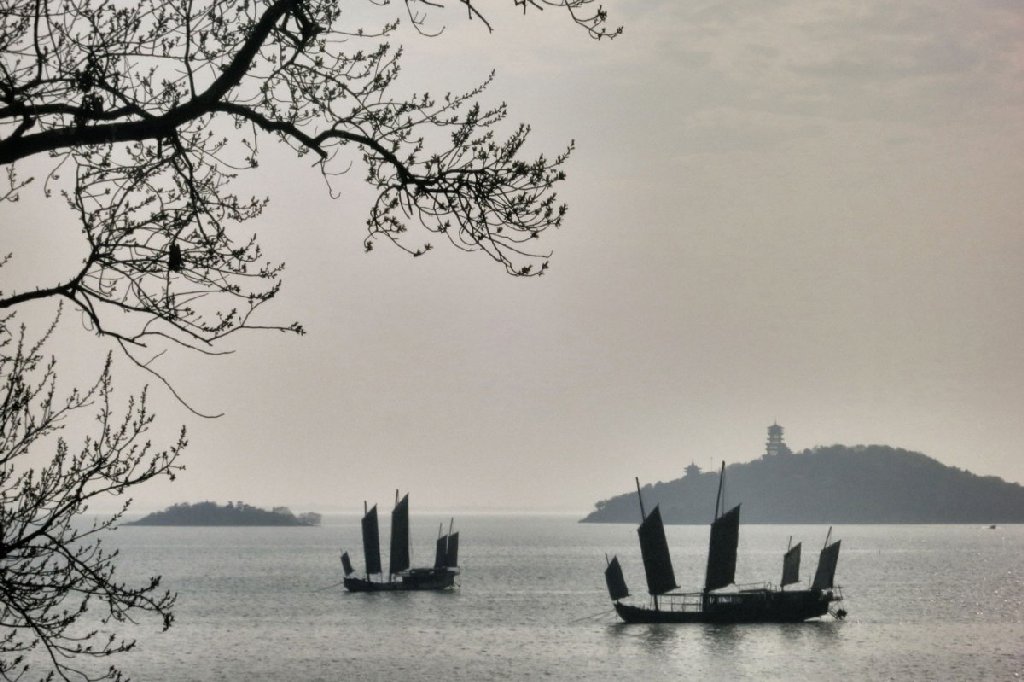