This technique like all those that involve some form of flickering image – a candle, a stroboscopic light, light coming through trees, firelight, and so on works via the repeated flashing of an image in front of the eyes, preferably with a light source behind it.  Thus, although regular fan movements will have their effect from the befuddling motion, the fuller effect can be achieved by having a light source behind the fan.

The more repetitive and confusing the images on the fan the better. 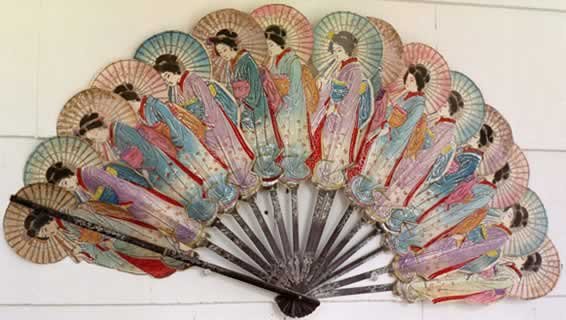 Fanning as a concept

The word fanning was once used to indicate the currents of air that are often felt during séances or during various forms of spiritual experience.  The same currents can also accompany ‘mesmerism’ and hypnotherapy sessions. The current of air may be warm or cool and can cause chilliness or drowsiness.

Sometimes there is also a tingling like that produced by the wires of a galvanic battery, and during the raps, slight shocks like electricity passing through the arm of the medium

Fan dances these days are associated in people’s minds with eroticism, but fan dances of old had symbolic meaning.   The Korean fan dance, for example, evolved from Joseon Dynasty court dances and the Spanish or Portuguese flamenco makes dramatic use of fans. Flamenco is a dance born from the tribal and frenetic dancing [see frenetic exercise] used to induce trance states and is probably derived from Sufism.  There also exists a form of fan dance in traditional Yu'pik culture in western Alaska; it too bears little resemblance to the current form of erotic fan dance and again is more of a trance dance.

In Greek mythology, Hypnos  was the personification of sleep. The English word "hypnosis" is derived from his name, referring to the fact that when hypnotized, a person is put into a sleep-like state (hypnos "sleep" + -osis "condition").

Hypnos induced sleep or trance conditions by either pouring some sleep giving substance though a horn - at the entrance to Hypnos’ cave were a number of poppies and other hypnogogic plants ; or by touching their forehead with a magic stick [this is the use of the third eye] or by fanning them with his wings.

In art, Hypnos was portrayed as a naked youthful man, sometimes with a beard and wings. He is sometimes shown as a man asleep on a bed of feathers with black curtains about him. So we have wings, fanning and feathers. 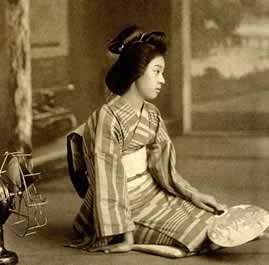 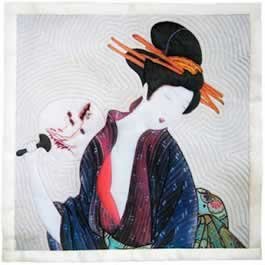 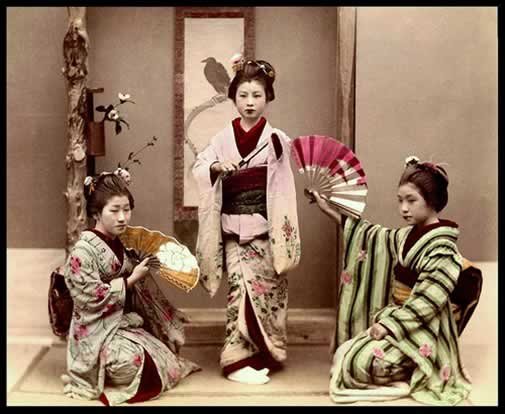